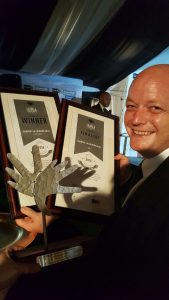 Hot on the heels of the announcement of the 2016 Provincial  Lilizela Tourism Awards comes the news of Shangri-La’s big win.

According to the press release a total of 1 122 South African products and services put their names in the hat to be selected as finalists for the various provincial awards which will take place in September, during Tourism Month.  Some 589 have made the cut (amongst which are Abalone House & Spa in Paternoster and Shangri-La Country Hotel & Spa in Modimolle) and will now vie for the title of being the best in their respective provinces with the hope of ultimately competing at the national ceremony taking place on 16th of October at the Sandton Convention Centre in Johannesburg where the country’s best of the best will be announced and honoured.

The Lilizela Tourism Awards are designed to recognise only the best in the South African tourism industry with the aim to drive the industry to levels of product and service excellence.

The provincial awards for the Western Cape will take place at the end of September while the Limpopo ceremony was held on the 20th of September 2016.

For more information on the Lilizela Tourism Awards visit www.lilizela.co.za.