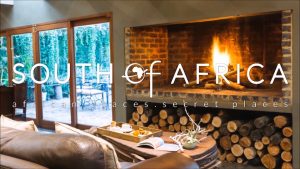 South of Africa and renowned local broadcaster, Soweto TV, has once again partnered on an exciting campaign for viewers of this reputable channel.

Airing since early October, viewers would have noticed the brand new promo giving viewers the opportunity to save a massive 20% on bookings made directly on the South of Africa website by using a unique promocode. Space is limited and is subject to availability. Accommodation applies only to Elephant Springs Hotel & Cabanas in Bela Bela and the 4 star Shangri-La Country Hotel & Spa in Modimolle.

The convenient location of both properties, as well as its close proximity to Soweto, makes them the obvious destination of choice for travellers that wish to explore the nearby Waterberg, a mere 1.5 hour’s drive from Gauteng.

Says Egmond du Plessis, Marketing Manager for the group, “It is a huge honour for us to be associated with a powerhouse such as Soweto TV who reaches our target market through appealing visual media. We are excited to reach a wider audience as a result of our relationship with Soweto TV and look forward to a bright future and prominent presence on this unique local television station.”

Viewers are advised to tune in to Soweto TV during these times to catch the advert on air for more information and the unique promocode.

About Soweto TV: (Source – Wikipedia)
Soweto TV is a South African community television channel broadcasting in the biggest township in South Africa, Soweto. The channel is free-to-air in Gauteng Province and it also broadcast to South African subscribers on the DStv pay TV service on channel 251. The channel studios are situated on one of the most popular streets in Soweto, Vilakazi Street; well known for being the only street in the world to have the historical residences of two Nobel Prize winners, namely Nelson Mandela and Archbishop Desmond Tutu. Soweto TV programming is mostly Sowetan content as per ICASA’s regulations of over 60% local content.