As we enter a new decade, South of Africa fondly looks back at its achievements of the past year. We compiled a list of our top 10 moments from 2019.

Following the opening of the new Spa in 2018 at Abalone House, a new photo session was arranged for early 2019 to not only capture the new look of the Africology Spa, but also the new changes at Abalone House and the Abalone Pool Villas. Photographer Peter Atterbury, long time collaborator of South of Africa, was behind the lens yet again to capture the essence of these 5-star properties in Paternoster.

2019 year kicked off with the opening of Lovebird, a stone chapel turned to thatch-covered stone cottage at Birdsong. The romantic 1 bedroom unit offers a private bathroom, open plan living and dining area, kitchenette, deck and sparkling splash pool overlooking the valley below.  The unit has been met with rave reviews by guests and has become one of Birdsong’s most sought after units.

In July 2019 a new central booking platform was introduced to guests that offers a global view of the entire South of Africa collection’s availability. This new booking platform allows potential guests to choose which hotel they would prefer to book at by comparing pricing and availability.

Elephant Springs’s 3-star conference venues are extremely popular with delegates and 2019 saw the completion of all three its venue’s renovations. The Kambaku, Shawu and Mafunayne rooms were all upgraded during the course of the year and boasts a new look. These venues have been met with praise from conference goers and it resulted in the facilities receiving their first ever Lilizela Tourism Awards nomination in 2019!!

In October the 5-star Abalone House in Paternoster announced the introduction of Netflix and Showmax in all hotel of its hotel rooms. Following the success of this at the sister property Abalone Pool Villas, the 5-star boutique hotel offers the complimentary digital streaming services to all guests who now stay here.

Hot on the heels of the Lovebird unit’s opening, the Sunbird thatched rondavel at Birdsong Cottages in Modimolle had its living area and kitchen completely renovated with a brand new look. Sporting the same style as introduced at Lovebird, the dark grey and black-themed kitchen became a hit with guests in 2019. Further upgrades to the cottages at Birdsong is planned for 2020.

In 2019 the renovations at Shangri-La continued with the upgrading of the hotel’s rooms. During the process, a new room type established itself as a necessity for guests who travel together as families of 4 pax. The new offering, titled Executive Family Rooms, consists of two interleading bedrooms, each with their own private bathroom, and a shared private patio or balcony. Shangri-La opened three of Executive Family Rooms through the course of 2019 with the potential of adding more in the future.

2018 saw major renovations at Elephant Springs with the total revamp of the hotel main building, restaurant and bar, as well as select hotel rooms. 2019 saw the continuation of the hotel’s bedrooms, with an impressive 50 rooms completed by the end of the year. The remaining 4 Family Hotel Rooms will be upgraded early in 2020 with additional entrances and an extra bathroom, which will give these rooms the dual option of being sold as a unit or as two separate rooms. A new deck was also introduced at the Hotel with a slat roof, similar to the new slat roof added to the bar’s street side deck. The Apartments at the property are also scheduled for upgrade during 2020 following the completion of the hotel rooms.

Two of South of Africa’s hotels, namely the 5-star Abalone House & Spa and the 4-star Shangri-La Country Hotel & Spa, became recipients of the 2019 TripAdvisor Certificate of Excellence, making it Abalone House’s 8th consecutive win since receiving its first award in 2012, and giving Shangri-La it’s fifth award, having received this honour for 4 years in a row from 2012 – 2016.

2019 saw South of Africa take home two provincial Lilizela Tourism Awards. Compared to 2018’s 4 nominations, this year saw the group lead with a massive 7 nominations – one for each of its Tourism Graded properties – including first time nods to Bid Huisie in Prince Albert, Funky Stay in Modimolle and Elephant Springs in Bela Bela. The Abalone Pool Villas won at provincial level for a second year in a row, and Modimolle Funky Stay Backpackers raked in its first provincial win. 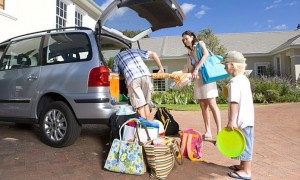 The upcoming Easter Holidays are already on everybody’s lips!  Why not take advantage of South of Africa’s superb destinations with these fantastic Easter Specials, ranging from a 2 night stay at select Limpopo properties (including great Family Packages at the 4-star Shangri-La Country Hotel & Spa) to an unbeatable Bed & Breakfast offer from the 5-star Abalone House & Spa in Paternoster on the West Coast.

Get away these Easter Holidays and stay in the heart of the West Coast at Abalone House & Spa in Paternoster.  Book our Standard Superior or Luxury Superior bedrooms and indulge in the 5-star luxuries of the exquisite boutique hotel boasting a Reuben’s Restaurant and Healing Earth Spa on site.

Kids stay free when you bring the family to Shangri-La these Easter holidays to enjoy a fun-filled weekend getaway at the 4-star country hotel & spa.  Take advantage of the great range of activities available for the kids, including tennis courts, putt putt and volley ball courts, a kids play room with Xbox, toys and games, as well as the sparkling hotel pool with splash pool for the youngsters.

On Friday night enjoy the Table d’Hotel dinner, and on Saturday indulge in our wood oven baked pizzas and delectable pasta dishes.  Feast on our Full English breakfast each morning and get delicious hot cross buns in room on arrival.  On Easter Weekend kids enjoy our Easter Egg Hunt, while every other weekend kids enjoy our MasterChef Class where they create their own chocolates on the Saturday morning.

Pay only R995 per adult sharing per night.

Get away from the hustle and bustle this upcoming Easter Weekend!  Stay at Modimolle Funky Stay and pay only R490.00 per room per night inclusive of breakfast.

Stay at the Birdsong Cottages this Easter Weekend. Take the family to enjoy a weekend away in the heart of the bushveld.  Kids are treated to an Easter Egg Hunt when you book our fantastic offer.

Congratulations to Martie Schoeman who has won a 2 night stay at the beautiful Shangri-La Country Hotel & Spa in our recent “My Three Friends” competition.

We have had a tremendous response and look forward to sharing our news, specials and more with all our friends who joined our mailing list in this competition.

You can still sign up for our newsletter by e-mail experience@southofafrica.co.za today with the subject “Subscribe”.  Send us your cell number and name and surname to subscribe to our sms news blitzes too. 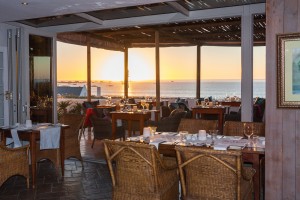 The past two weeks South of Africa’s guests might have seen scurrying in certain corners of our properties, and the odd flash of a camera light.  As recently reported on Facebook, we’ve been extremely busy with a photo session at each of our seventeen establishments, taking photographs of a variety of new, changed and upgraded rooms, venues and surroundings.

According to owner Johan Jansen van Vuuren, “we’ve listened to our guests’ comments and feedback.  The purpose of the shoot is to not only showcase our hotels and self-catering cottages, but also give the viewer the impression of what a getaway, conference and even wedding could be like here.”

Photographer Gareth Williams is behind the lens, and his fresh approach to South of Africa’s “Smörgåsbord” makes for an inviting image that draws the viewer in.  Williams first worked on South of Africa’s property Bid Huisie in Prince Albert, and ventured to Paternoster this past March to continue the photography of Abalone House & Spa, Oppidraai, Kliphuisie and the Seaside Cottages.  More photography followed at the Limpopo portfolio.

The new photographs will be published here on South of Africa’s official website, as well as on Facebook.  The first images of Abalone House’s new deck has already been published to rave reviews. 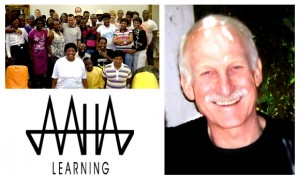 Dr Bruce Copley will be returning to Shangri-La for yet another extraordinary Holistic Learning Holiday from 10 – 13 September 2013. He has been presenting this programme aptly described as a “going away that feels like coming home” for the past 23 years at Shangri-la. According to Dr Copley, “our mission is to passionately encourage and assist people to take this road less travelled and to experience first that once on this path, there is no turning back.

This is a clarion call for anyone who is ready for a HIGHER EDUCATION and excited by the prospect of:
• Re-awakening their love and passion for learning, exploration and discovery
• Rejuvenating and re-energizing body, mind, heart and spirit
• Acquiring a smorgasbord of tools, techniques and methods to design and confidently present unforgettable holistic learning experiences and interventions
• Tapping into their dormant talents, skills and human potential
• Profoundly transforming the way they learn, live, love, play and work
• Expanding their understanding of holistic principles and practices and broadening their big picture perspectives and insights.

This extraordinary programme is specifically designed for all facilitators, trainers, teachers, lecturers, coaches, HR practitioners, managers, leaders, business consultants and sincere life seekers who are passionately searching for more engaging and effective ways of humanizing the workplace, creating and maintaining a balanced lifestyle, breathing life into inanimate information and taking quantum leaps in the mastery of self.

Training is a very important factor of our staff’s welfare, and South of Africa takes bettering the skills of all staff extremely seriously.

Shangri-La Country Hotel recently began their ABET training. According to General Manager, Ken Strydom, the Adult Basic Education & Training (ABET) has been met with huge enthusiasm by the elderly staff who they are teaching to write their names, which will be followed by their surnames.  “One must remember that what we take for granted can be a priviledge for people less fortunate,” say Strydom.  The training is also set to take place at South of Africa’s other properties.