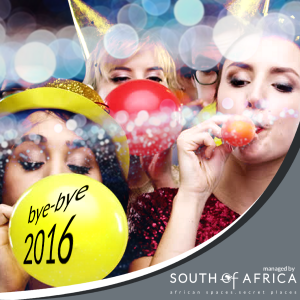 Our little hotel just 4kms outside of Modimolle was rebranded in May of this year. After extensive market research, Funky Stay’s title received a small addition – the word “Backpackers”. The purpose of the name change went hand in hand with its intended target market shift focus. Says Marketing Manager, Egmond du Plessis, of the change, “We found that most of our guests only wanted a place to stay for the night. Funky Stay became a base from where guests could explore the nearby surroundings. In the end, it came down to us no longer offering meals on site, but instead offer self-catering facilities to guests who wished to make use of our kitchenette and dining room. This had a snowball effect and guests now book the entire property for their private parties, events and year end functions.”

2. Cooling off at Birdsong

Late October saw the news that Birdsong Cottages’ Flycatcher Villa and Sunbird Rondavel would both be receiving their own swimming facilities. The Flycatcher Villa was treated to a quaint splash pool located at the front of the unit beneath the trees. The pool was opened in early December. The Sunbird Rondavel guests were treated to a private heated Jacuzzi, which is located just outside the unit in a secluded corner. The Jacuzzi was opened to guests of Sunbird in late November. These two features now means that four of our seven cottages boast private swimming facilities (the Owls Cottage A & B have a shared / private pool). We hope to add more such wonderful features in the near future to the remaining cottages at Birdsong.

South of Africa and Soweto TV have partnered to bring viewers of this great channel on DSTV a great experience. Starting in December this year, Shangri-La became the first property to be featured on the channel, with a dedicated advert showcasing the property and its festive special. 2017 is set to be a great year as more features have been scheduled. Stay tuned for more information coming in the new year.

In what has become a norm, Shangri-La Country Hotel & Spa received its second consecutive Provincial Award from South Africa’s Lilizela Tourism Awards in September 2016. The hotel was nominated in two categories, winning the award for Best Guest Experience, Lap of Luxury. This was a great year for Shangri-La, who also received its umpteenth Trip Advisor Award of Excellence, alongside its sibling Abalone House & Spa, whom was also nominated for a Lilizela Tourism Award.

Following on from 2015’s first phase of upgrades at Elephant Springs, the self-catering Cabanas and hotel has been treated to new beds, linen and other softs, while the ground floor units of the Cabanas now also boast brand new corner unit seating areas. These new additions not only makes for a more convenient stay, but also a more memorable time for our guests. There are more upgrading planned for 2017 and we are very excited at the prospect of these new changes.

The sparkling splash pool of the Bid Huisie cottage in Prince Albert was also treated to a mini revamp in June of this year. The pool has been a major drawing card over the past few years and is the perfect way to combat the Karoo heat when staying in the cosy 2 bedroom cottage.

8. The Kraal Shebeen at Shangri-La

Shangri-La has seen many changes to its grounds during the past few years, with new gardens being added, extended and recreated. The Kraal, one of Shangri-La’s first venues for functions and events, was renovated during the last half of 2016 and opened its doors in time for the festive season. Now named The Kraal Shebeen, the venue has been transformed into the typical African Shebeen and offers a unique African menu, proper Shebeen bar menu and Sunday lunches. The Kraal also has a lovely entrance which showcases the history of Shangri-La on large canvas prints dating back all the way to 1989. Book this venue today. Call Shangri-La on 014 718 1600.

9. New wheels for the Sales Team

South of Africa’s Sales Team were spoilt rotten in October when two new branded sales cars were unveiled at the SOA Year End Function held at Birdsong. These new vehicles are the perfect branding opportunity when driven on sales calls or collecting guests. Be on the look out for these golden VW’s!

Online marketing is vital in today’s digital climate, and SOA enjoys interacting with all its guests on a variety of platforms, including Facebook and Twitter. This year however saw SOA heading further into the digital territory by launching their mobile-enhanced websites. Each South of Africa hotel and self-catering property received a major makeover to its website, and launched alongside this was a mobile-friendly version of the website. Says Managing Director, Stef Venter, “It is very clear that our guests are moving with the times, and it is thus vital for us to do the same. Having these mobile versions of our websites means that guests don’t have to waste time resizing, zooming in and clicking through countless links to do something as simple as making a reservation. We’ve made it easy for guests on-the-go to read up about our properties, see photos of our facilities and make a reservation directly on their cellphones.” With trends proving that more online users are going mobile, this has proven to be a great success for South of Africa as well. New features that has just been introduced in its pilot stage at one of our hotels, is for guests to review us on their cellphones by simply scanning the QR code displayed at reception. This means that guests, who provide us with real time feedback, can also expect to have queries and complaints be attended to faster than with the standard written comment cards currently in use.

Apart from these ten highlights, South of Africa closed the doors of the Oppidraai A & B cottages in July 2016.  These popular Paternoster Cottages were sold and SOA published a heart-warming farewell to these cottages in June.  South of Africa also said farewell to two of its staff members that sadly passed away during the last year.  Methodius from Abalone House in Paternoster passed away suddenly in November, while Nompumelelo, a student who started her career at Elephant Springs, suddenly passed away three months after her employment.  South of Africa mourns these employees, and also honours the family members of its employees who have been lost during 2016.

Thank you to all our guests who travelled the road with us this past year.  Here’s to a fantastic 2017.